With 4 – 6 cm, Rana arvalis is the smallest of three “brown frogs” living in Germany. It can be distinguished from the similar Rana temporaria by its pointy mouth and high-curved heel humps. The most striking feature is the male’s blue colour during the pairing season. 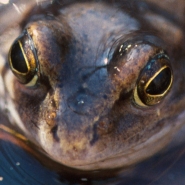 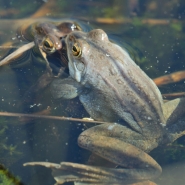 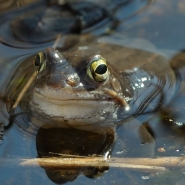 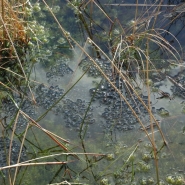 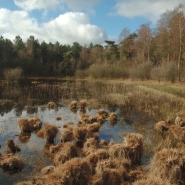 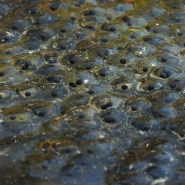 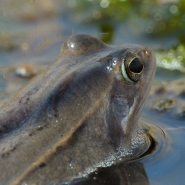 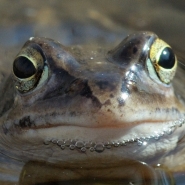 But you have to be lucky to be out there on one of these rare days in spring when the male court females with their mating calls while sitting in flat, sun-flooded waters.

Spawn and tadpoles can also develop in low to moderately acidic waters. In moors and wet heaths, this gives them an advantage over the somewhat larger Rana temporaria. Such habitats have become extremely rare. In North Rhine – Westphalia, the species is therefore an endangered one. One of the last populations can be found in the heath moors in Diersfordter Wald.