Leucorrhinia pectoralis (Yellow-spotted Whiteface) occurs in small local populations throughout most of Europe. Because of its uncommon occurence, it is quite rarely to be observed. But who once caught a sight of it hovering over a heath mere, will easily recognize this conspicuous darter time and again. 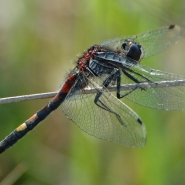 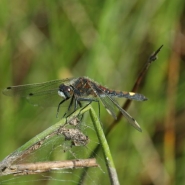 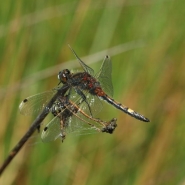 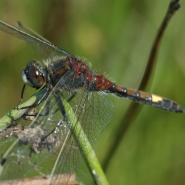 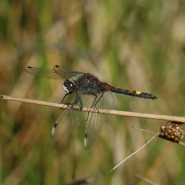 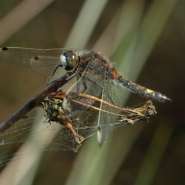 The main flight season of L. pectoralis lasts from early may to late july. During this time they mate and deposit their eggs in slightly acidic and nutrient-poor bogs, lakes, fenlands and marshy ditches. Water bodies abundantly covered with vegetation are avoided as well as such without any vegetation. The predacious larvae live under water for 2 to 3 years until they´re fully grown, then leave the water and mould to adult dragonflies.

Because of increasing loss and deterioration of adequate habitats, especially moors and bogs, the Yellow-spotted Whiteface is an endangered species in Northrhine-Westfalia.