To fight the invasion by Prunus serotina (black cherry) in existing oak forests was one of the first actions started in summer 2012. First and foremost, this measure is meant to support indigenous tree species, which are crowded out by the fast growing black cherry, and also preserves open habitats.

For a well-directed elimination of Prunus serotina, an inventory was carried out in the project sites at first. The „status quo“ will provide information on where and to what extent Prunus serotina has already invaded the project area and in which sites there exists the most urgent need for action.

The mechanical removal of black cherry is highly time-consuming and demands a lot of brawn. Therefore, an international youth workcamp was arranged in summer 2012 with the help of ijgd (Internationale Jugendgemeinschaftsdienste). 18 youths from 10 countries came to Wesel for three weeks and jointly removed Prunus serotina under expert supervision by using one’s hands, reaping hooks or spades. In doing so, even small trees up to a height of 4 m were not stopped at. During their three-week stay, the young people successfully removed Prunus serotina from 10 ha of oak woods, heaths and moors.

Another youth camp will take place in summer 2013. 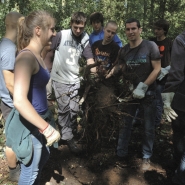 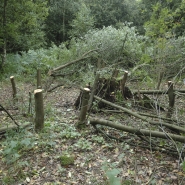 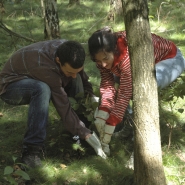 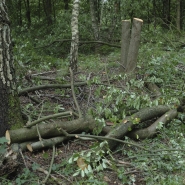 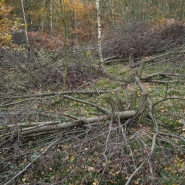