In July 2012, a Lucanus cervus breeding pit was created. It consists of buried pieces of trees. These imitate the stump of a dead oak tree, the “breeding ground” of Lucanus cervus. Here the female can lay its eggs. The idea was forester Tochtermann’s, who had dedicated many years of his life to Lucanus cervus and its conservation.

But in contrast to Tochtermann’s “deadwood pyramids”, often many cubic metres large, here only a few oak-tree trunks were buried about 1 m deep. The artificial stump should have a natural size.

For the implementation of the measures, Biologische Station hired a Wesel-based company, which with its small excavator did the required earthwork. The wood from dead trees, removed from the Diersfordter Wald’s circular route for safety reasons, was provided by Regionalforstamt Niederrhein. The implementation was so successful that we consider creating a few more such pits. 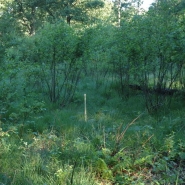 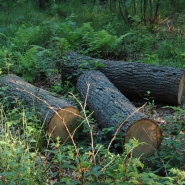 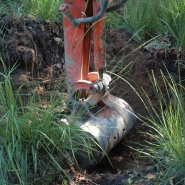 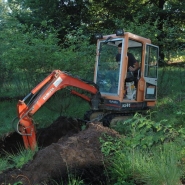 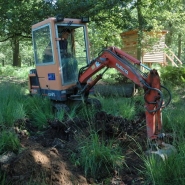 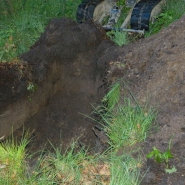 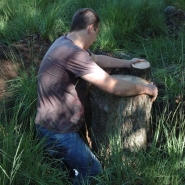 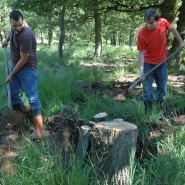 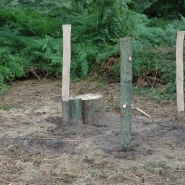